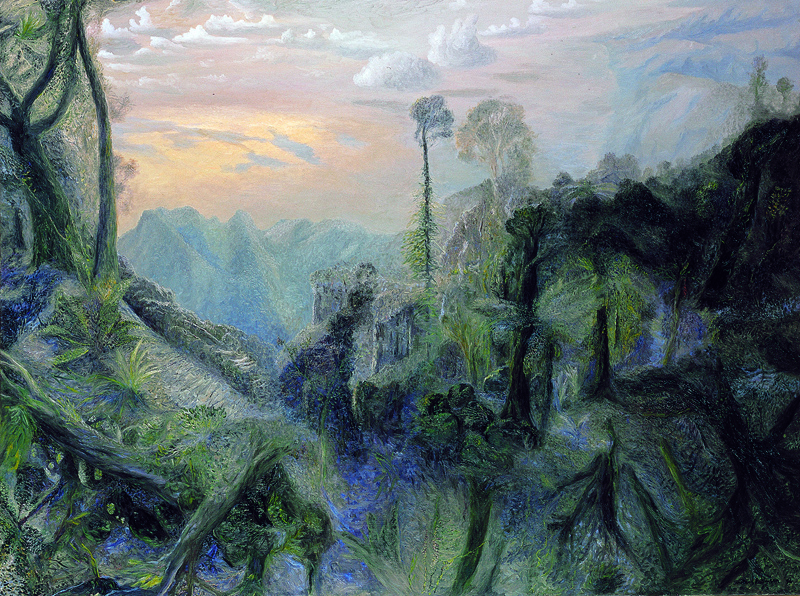 This exhibition, returning to Australia from recent showings in Washington DC and Paris, focuses on the work of iconic Australian painter William Robinson. Two time Archibald Prize winner (1987, 1995), Robinson also won the prestigious Wynne Prize for landscape painting in 1990 and 1996. Hamilton Gallery is one of only two venues in Australia where this exhibition will be shown.

William Robinson AO is recognised as one of Australia’s most important contemporary landscape painters, celebrated in particular for his original and powerful approaches to depicting the Australian environment through a multi-dimensional viewpoint. For over five decades he has produced works of great originality and vision that have informed a new vernacular of the Australian landscape.

William Robinson: Genesis explores the rich experimental spirit and inimitable mastery of Robinson’s works on paper to show that rather than being a minor interest, this medium has contributed greatly to the development of his major canvases.

Since the 1960s, Robinson has produced hundreds of works in watercolour, graphite, gouache, and ink, as well as lithographs and etchings, created both as studies related to paintings and as independent works.

The exhibition brings together a selection of more rarely seen works alongside those that have been exhibited more widely, allowing the viewer to clearly see the development of Robinson’s distinctive use of colour and the artist’s move towards the multidimensional perspective for which his large landscape paintings are so acclaimed. The inclusion of a select group of major paintings, such as The blue pools, Springbrook to Beechmont 2000 and the Archibald Prize winning self portrait, Equestrian self portrait 1987, further reveal connections to his works on paper.

Robinson is one of the most successful Australian artists of his generation. In 2001, the Queensland Art Gallery mounted a major survey exhibition of his work, which later toured to the National Gallery of Australia (NGA), Canberra.