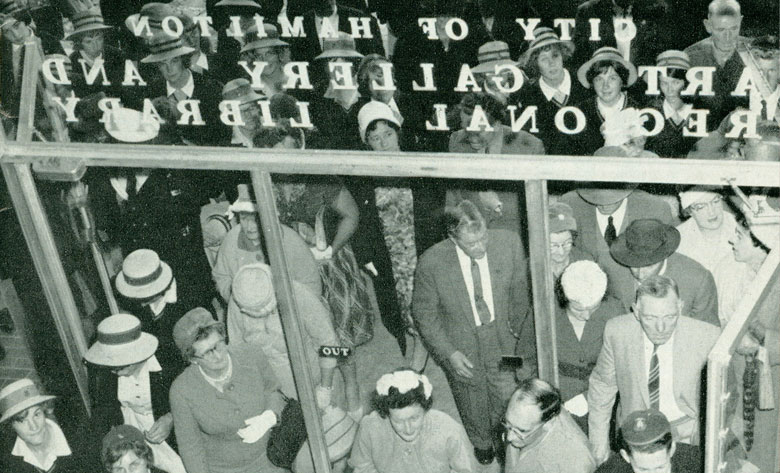 HISTORY OF THE COLLECTION​

Hamilton Gallery was established in 1961 following a large bequest of an outstanding collection of art works left to the City of Hamilton by Herbert Buchanan Shaw (1882-1957). This generous bequest of 781 items reflects the collecting interests of Herbert and his wife May who lived at ‘Kiama’, a homestead near Hamilton. The Shaw Bequest consisted mainly of 18th and 19th century English and European decorative arts and was the beginnings of Hamilton’s collection that is today vast, fascinating, diverse and unique.

Since 1961 Hamilton’s collection has grown to over 9000 objects and now includes silver, porcelain and glass from 1700 onwards, a collection of 18th century landscapes by Paul Sandby, Asian ceramics from the major dynasties, European and Australian prints, Australian oil paintings and watercolours and fine international examples of 20th century decorative arts. The Gallery’s collection continues to expand with the purchase of new acquisitions every year.

In 1972, the State Government of Victoria purchased for the Gallery a large collection of works by Paul Sandby (1731-1809), known as The Father of English Watercolour. A first floor was then added to accommodate a rapidly growing collection. The Sandby collection of 29 watercolours and 74 etchings was purchased from C.C.L. Gaussen and Lady Mary Gaussen of ‘Gringegalgona’, a homestead near Hamilton. Sandby was a foundation member of the Royal Academy and the earliest English artist of note to exploit the media of watercolour and gouache. He was also a fine etcher, a great innovator and the art of aquatint printing was developed in England largely as a result of his early enthusiasm for this technique.

Hamilton’s large collection of Sandby’s charming 18th century English landscapes is unrivalled in Australia. Still in their original frames they are on permanent display in the Gaussen Gallery, an elegant recreation of an English drawing room.

​​April 10 1958
Hamilton City Council publicly announces that it has accepted the bequest of Mr. Herbert Shaw which it describes as ‘the magnificent bequest made to the City by the late Mr Herbert Shaw.’​

>   History of the collection